Researchers from the University of Sussex (UK) have used magnetic fields to control the 3D printing of pharmaceutical capsules.

As described in Colloids and Surfaces B: Biointerfaces, the researchers utilized magnetic actuation with 3D printing technology, allowing the team to prove the concept for a drug release, triggered by magnetic fields, capable of impeding cancer cell proliferation in vitro.

Although the research is in it’s early phases, the team hopes to be able to develop a system whereby it is possible to remotely target drug delivery to a specific lesion by an external means, such as external magnets.

This method of drug delivery, the team claims, could help in reducing side effects associated with chemotherapy which can damage healthy, neighboring cells. This method could also facilitate an additional level of control against inappropriate dosing which can also cause adverse effects.

The device offers the potential for personalized treatment through the loading of a given drug in a particular concentration and releasing it within different dosage patterns. All results confirmed that the device can provide a safe, long-term, triggerable and re-utilizable way for localized disease treatments such as cancer," explained Kejing Shah, a Doctoral Researcher at the University of Sussex School of Life Sciences.

The device delivers enhanced efficacy and safety through optimal drug distribution and absorption in the targeted location at the (sub)cellular level. This device has the potential to be used in treatments for cancer, diabetes, pain and myocardial infarction which require variable release kinetics where patients' suffer from discomfort or inconvenience if they currently rely on untunable monotonic drug treatment," added Ali Nokhodchi, Professor and Head of the Pharmaceutics Research Lab at the University of Sussex School of Life Sciences.

The results from the study suggested that a device composed of a sponge cylinder and a 3D-printed reservoir containing anticancer drug 5-fluorouracil was capable of inhibition the effect of Trex on cell growth.

Fine tuning and characterizing the device performance allows the system being capable of releasing the drug within different dosage patterns thus, having the potential to offer personalized treatment," explained Elizabeth-Rendon Morales, a Senior Lecturer in Engineering at the University of Sussex's School of Engineering and Informatics.

Advancing this process further, we could create different compartments in the capsule with different sponges or employ other techniques where the macroporous sponge properties can be tailored to hold two or more substances without being mixed which could deliver more complex courses of treatment," concluded Rodrigo Aviles-Espinosa, a Lecturer in Biomedical Engineering at the University of Sussex's School of Engineering and Informatics.

The researchers claim that this type of treatment could be clinically available within 10 years.

Lead image: 3D-printed reservoir used for placing the magnetically actuated sponge and drug to be delivered upon applying a magnetic field. Credit: University of Sussex. 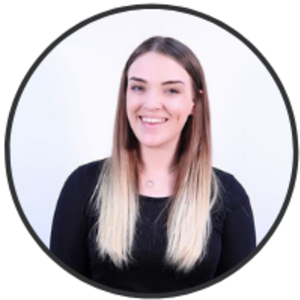