Hydrogel-based sensors could be 3D printed directly onto human organs

Researchers have developed a novel 3D printing method, which could allow hydrogel-based sensors to be printed directly onto moving, living human organs.

Scientists from the University of Minnesota (MN, USA) have developed a novel in situ 3D printing method with the ability to estimate surface motion and deformation in real time. The technique allowed them to directly print a hydrogel-based sensor onto a continuously inflating and deflating pig lung.

Current 3D printing methods function by producing an object based on a set design, which is then transferred to the biological target. This, therefore, means that they fall short when applied to live organs, like the lungs, which do not have a consistent shape.

The researchers believe that this novel technique could help to enhance the medical impact of 3D-printed technology by allowing biomedical devices to be directly printed onto and into live human organs for patient monitoring and wound treatment.

As described in the study, recently published in Science Advances, the researchers developed a two-phase procedure and demonstrated its potential by 3D printing a hydrogel-based sensor directly onto the lung of a pig.

The first step of this procedure involved taking detailed scans of the surface of the lung with a structured-light 3D scanner. The points where the surface expands and contracts during respiration were mapped out with markers.

These 3D scans were then used to produce a dataset used to train a machine learning algorithm on the linear shape basis model of the lung surface during respiration-induced deformation. A stereo camera system was then used to track the markers on the lung in 3D, whilst the algorithm calculated the necessary adjustments.

Whilst the camera system tracked the markers, the algorithm calculated what adjustments would need to be made to the shape to allow it to be printed onto the lungs surface during respiration in real time.

The end result was a hydrogel-based electrical impendence tomography strain sensor, successfully 3D printed directly onto the tissue surface of the pig’s lung. As the lung changed shape, during respiration, the sensor changed with it, remaining in place throughout.

In the near future, the researchers plan to test the technique in living animal models to uncover its true potential in the medical field. Simultaneously, they plan to continue working on and improving the system in terms of the sensor materials, the printing system, and the software that drives it. 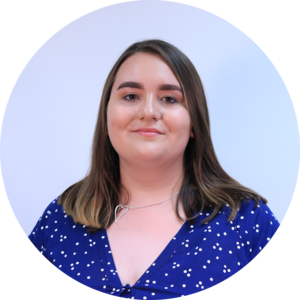